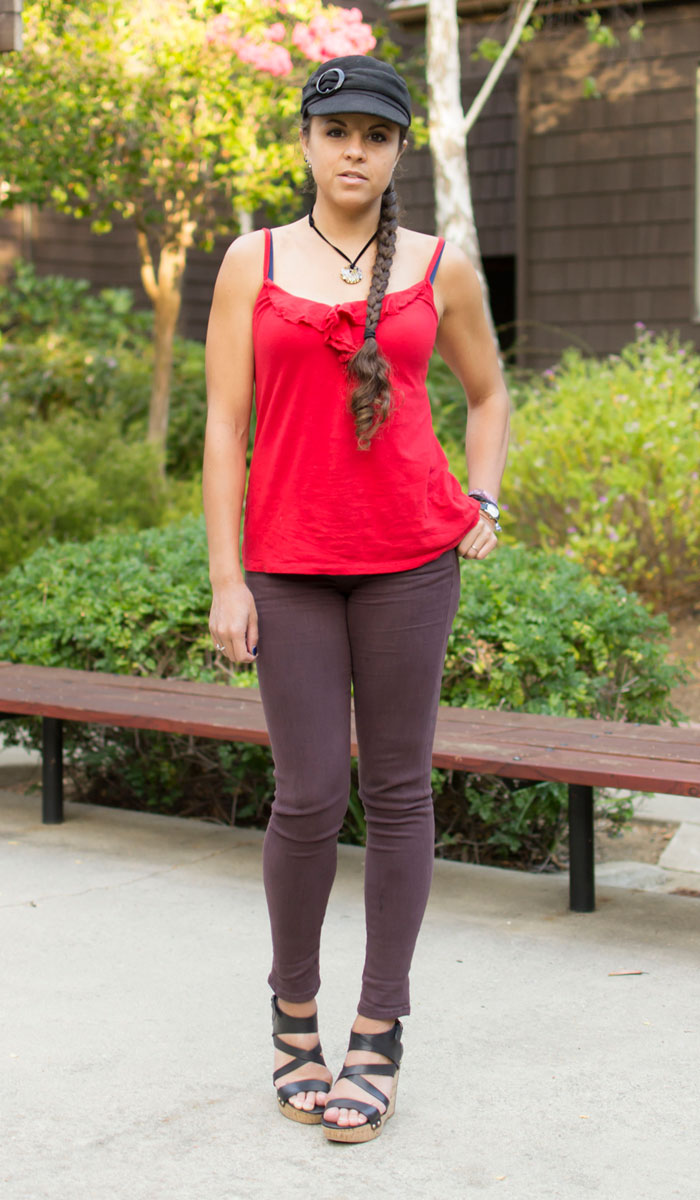 A few weeks ago I mentioned I was going to start bringing back some of my favorite reviews I’ve done (whether for Denimology or this blog) to showcase what is new today in the realm of that particular brand or model. A classic fit will never go out of style, and it’s fun to see what brands do with their best sellers over time! For this time, I’m focusing on more of a fabric, for a spotlight on the Joe’s Jeans Flawless collection. In the photo above, I am modeling their Vixen Ankle skinny jean in the Flawless fabric, for their Cupro Colors collection in the Fall of 2015. This was a collection of shades that represented the changing colors of the Fall, and I chose this pretty brown number for a Denimology review.

END_OF_DOCUMENT_TOKEN_TO_BE_REPLACED 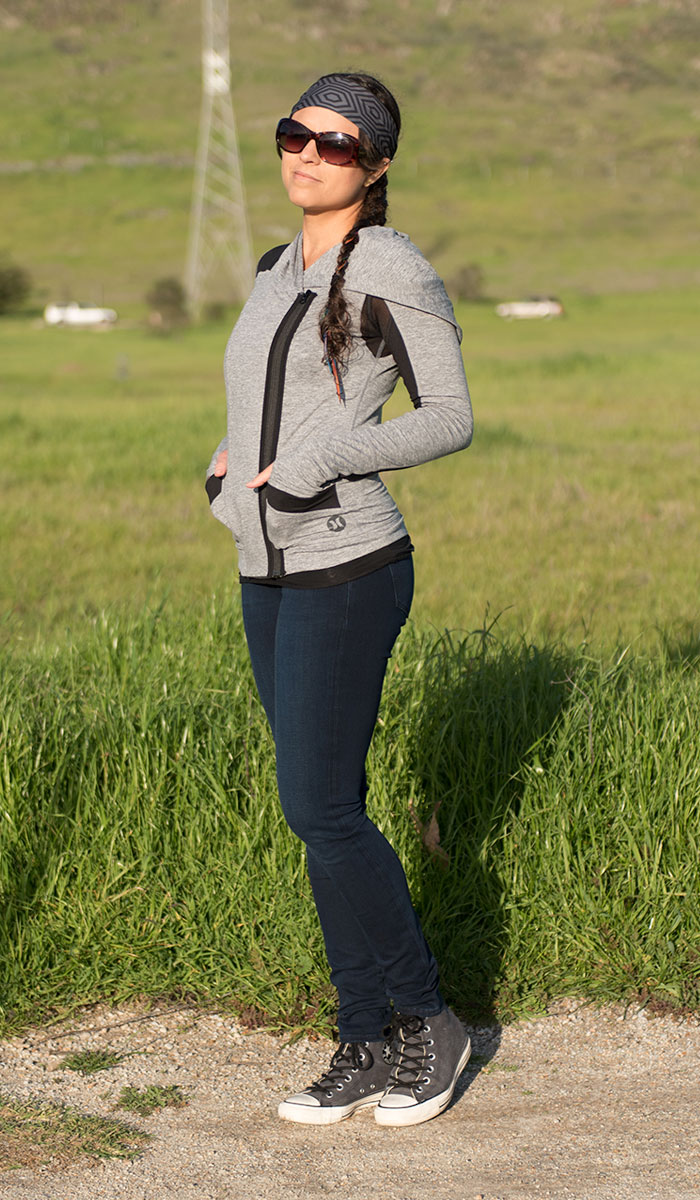 I just can’t get enough of comfy, stretchy, legging-like skinny jeans! It’s been fascinating seeing the denim market’s response to the rapid rise of athleisure and the popularity of wearing leggings as pants. The development of new fabric technologies has been on overdrive in the past few years, and jeans have never been so comfortable. Brands are coming out with denim that isn’t just stretchy, but also super soft, curve-hugging (with enough give to avoid being tight) and the amazing ability to snap back and keep its shape. A little while ago I wrote about another great line of jeans for active individuals, from Mavi. Their Indigo Move collection is one of the newest ones to make waves in the denim vs athleisure movement, and I’m stoked to be able to try on a pair to share it with all of you!

END_OF_DOCUMENT_TOKEN_TO_BE_REPLACED 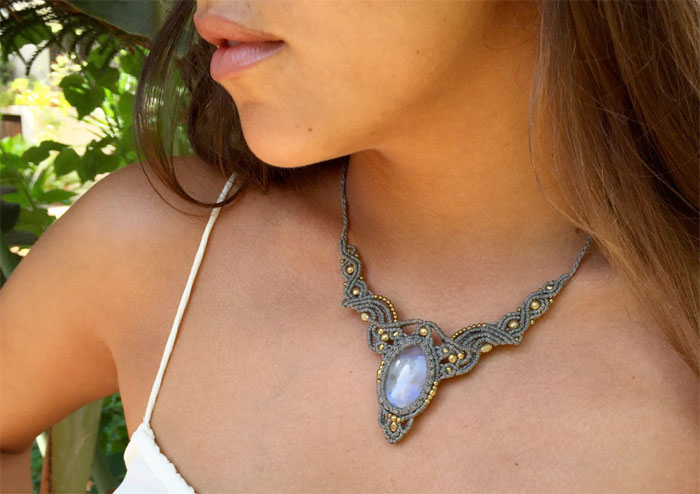 I love creative people. Etsy is one of my favorite websites because I just love perusing all the colorful passions people have in the form of art, clothing, jewelry…you name it! I used to love going out for big shopping trips, but honestly now, shopping brick and mortar shops gives me a little bit of anxiety. Shopping online is far more fun to me, one reason being I can put something aside and think about it without feeling pressured, but also because I can discover all of the independent, up-and-coming artists that better fit my tastes and definitely deserve more recognition! With all of the crap going around in the world today, it’s also theraputic to me to see the passions and talents of others shining through, and I much prefer supporting them over mass-produced goods. I also find it quite inspiring!

END_OF_DOCUMENT_TOKEN_TO_BE_REPLACED 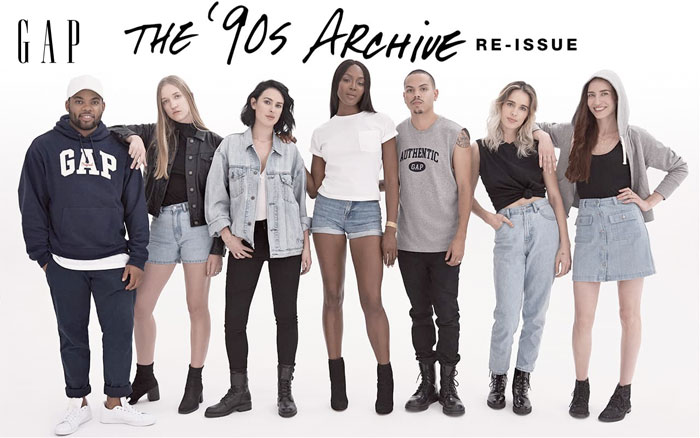 So I know, I’ve been posting a lot about old and vintage style…but it’s no joke. I figured it was probably something that fit into the realm of cult favorites—even Urban Outfitter’s Urban Renewal vintage shop seemed to be kind of hidden like an enigmatic back room of a brick and mortar shop to be discovered and deliciously ransacked by only its biggest fans in the know. Nasty Gal helped bring vintage style to the forefront too, but to me it never seemed to totally kick off. That seems to be changing now, with Gap being the next to dive in with a new collection of pieces right out of the ’90s.

END_OF_DOCUMENT_TOKEN_TO_BE_REPLACED 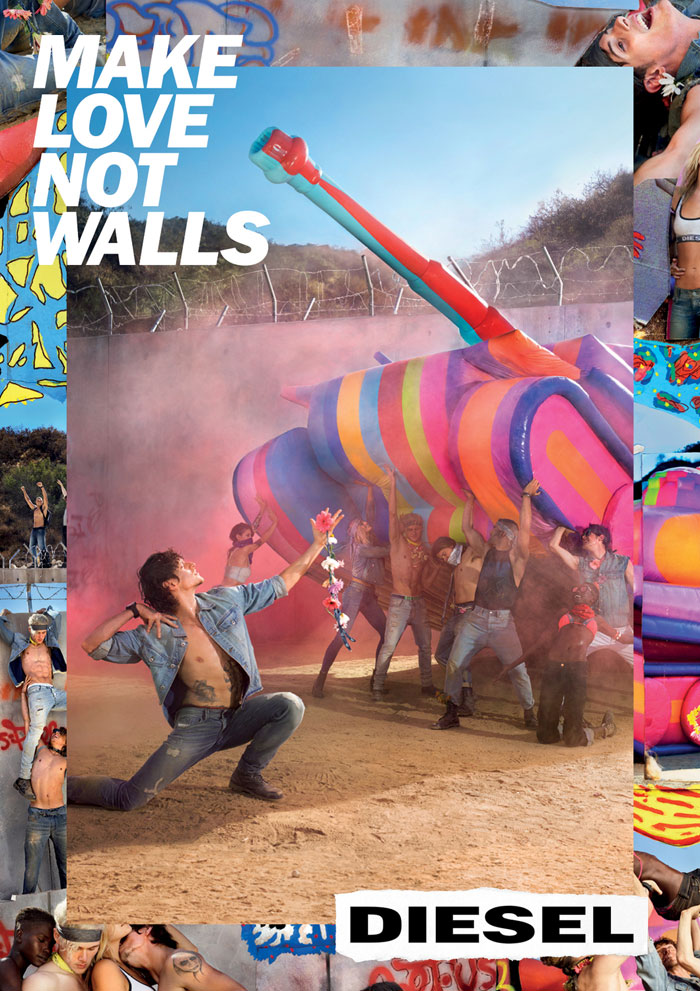 Loving and learning to understand each other and our differences is not political. This is a basic human need (and want) that we all undeniably crave despite whatever heated political environment we may currently be living in. It’s not uncommon of course for figureheads, brands, or any public figure with the power to reach large masses to use their platforms to promote their political views, but don’t worry. I’m not going there. However, denim goes way back when we’re talking about both fashion and activism, with the Summer of Love days being the first era that comes to mind. Denim stands for creativity, and a sense of individual freedom and expression. Spin it however you’d like, but I am always so warmed to see denim brands sticking to their roots and promoting this kind of powerful positivity whenever they can.

END_OF_DOCUMENT_TOKEN_TO_BE_REPLACED 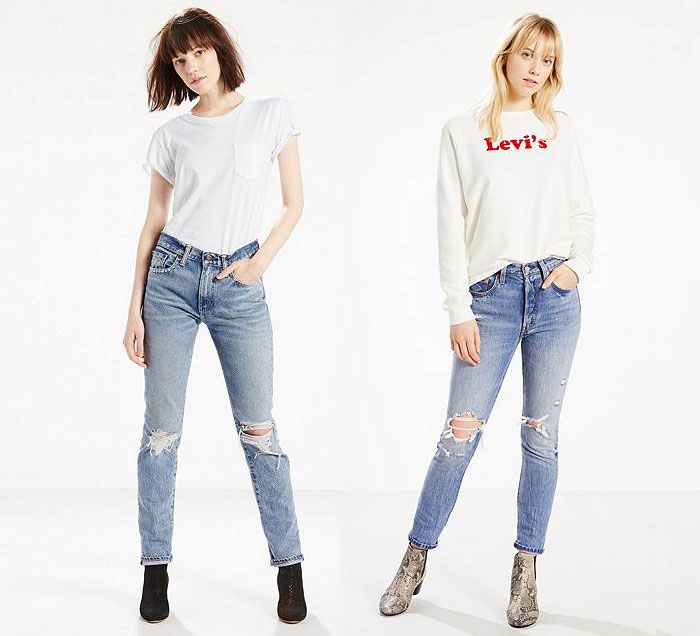 It took me awhile, but I think I’ve finally been bitten by the vintage denim bug. I’m hugely loyal to the super stretchy skinny jean—or skinny jeans in general—as I feel I work too freaking hard at the gym to cover it all up with baggy styles, darn it. Even when the boyfriend jean became popular way back in 2007 or 2008, I wasn’t partial to it at all, until I tried a pair from Rich & Skinny and fell in love. After reviewing several amazing skinny styles with Denimology years later, I put them aside once again in favor of form-fitting jeans. I didn’t only get the chance to review slim fits though, as there were several boyfriend fits mixed in here and there, and my tastes started to move in that direction once again soon enough. Later, when I was introduced to the love that is quality selvedge denim, I finally began appreciating 100% cotton, vintage jeans and the “they don’t make them like they used to” idea (although I don’t agree with that completely nowadays). I realized though, that they are super hard to shop for! Most denim fans prefer to visit antique and second hand shops to see in person and try on these jeans that really did come from denim’s early days, because the fits can be difficult for different shapes. This is because these pieces came out way before stretchy denim did and thus have barely any give (and usually have already been formed to their past wearer’s bodies). I don’t even have many great thrift shops around me, so I was stuck browsing them online.

END_OF_DOCUMENT_TOKEN_TO_BE_REPLACED 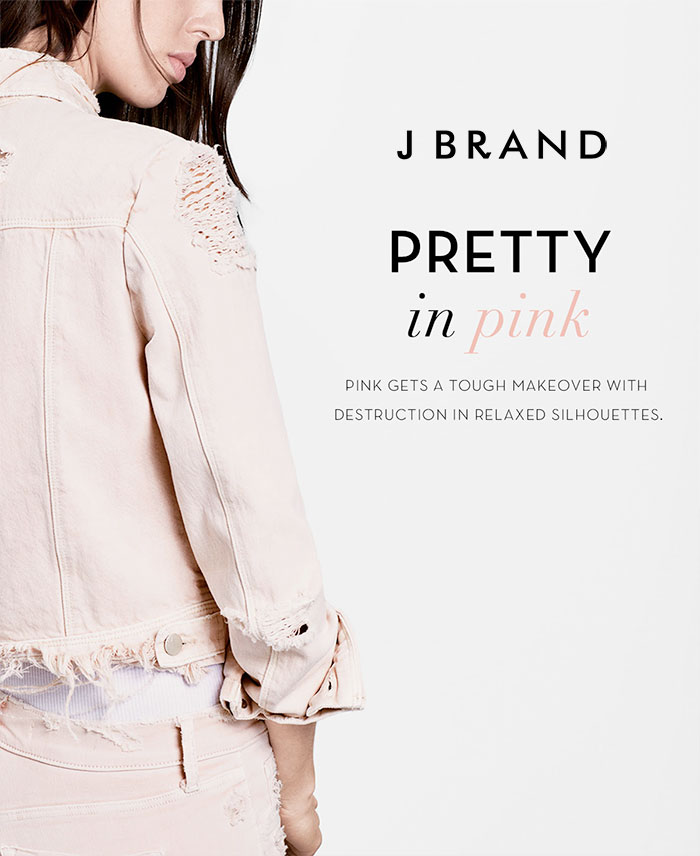 And now it’s time for something completely different (for me at least)…I’ve mentioned before that I’m totally not into the “traditional” girly shades. You’ll just about never spot me in pastels, and certainly not pink. However, I do like seeing such feminine touches going through “tough makeovers,” as J Brand puts it. I always thought a pink motorcycle, or a pink handgun, or…you know, anything that normally isn’t very girly at all in a humorously girly shade was somewhat appealing. Looking at it the other way though, gives it a whole different approach. Colored denim is always fun, and relaxed, vintage-like fits have been growing in popularity. Along with vintage denim comes plenty of tough distressing and broken in detailing, which I feel definitely make a pink shade look a little more rockstar and tones down the girl-next-door factor a bit.

END_OF_DOCUMENT_TOKEN_TO_BE_REPLACED 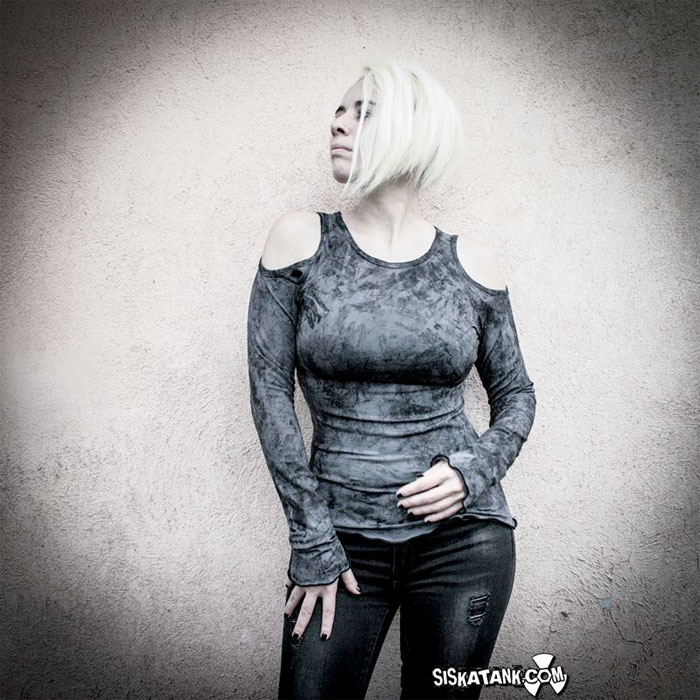 By now you may have already realized that I’m more partial to the darker stuff…I like edge. I kind of hate pastels. That basically sums me up! However, I love unique and creative pieces, and most of that can be found in the realm of independent artists. Because of that, Etsy is a huge favorite shopping stop of mine. You might think Etsy is just full of items sold by everyday hobbyists (which I also support), but it’s far deeper than that. I own and wear several pieces I’ve gotten from Etsy, as there are several full blown (but still small) brands that use this platform to reach discerning fashionistas such as myself. I wrote about some of my favorites about two years ago on two separate posts (see them here and here). The search always continues, and I’ve just run across another one that I’m completely enamored with!

END_OF_DOCUMENT_TOKEN_TO_BE_REPLACED 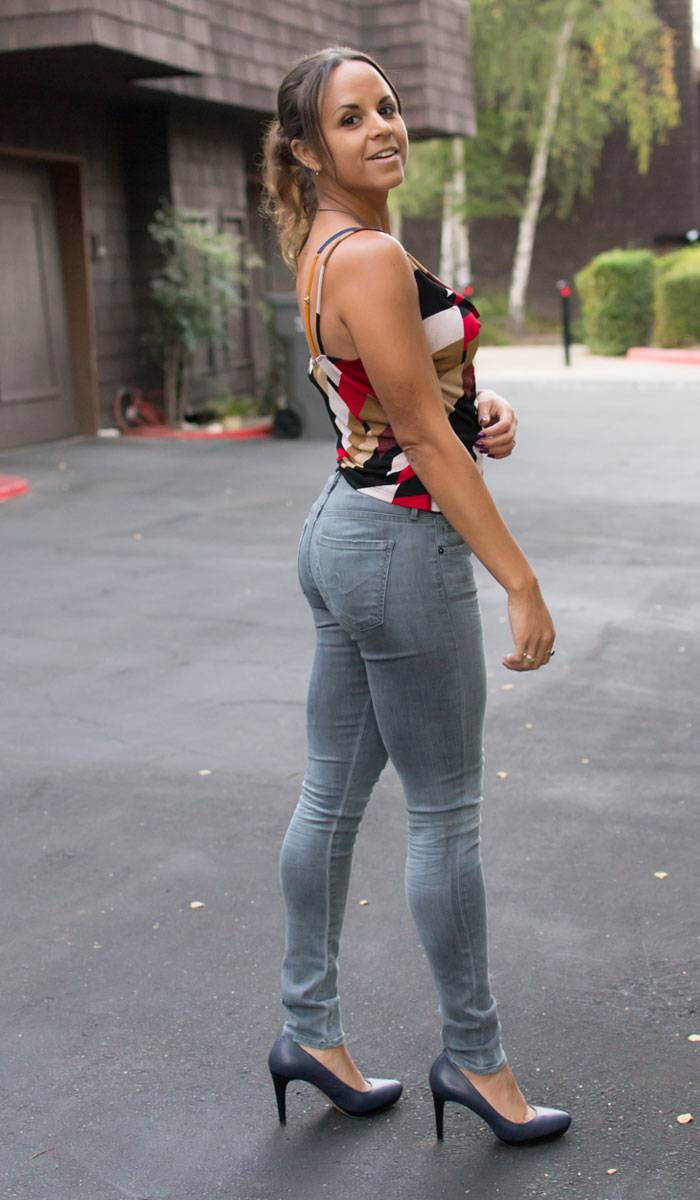 While brainstorming post ideas, I thought about all of the posts I’ve been proud of in the past, and thought it would be nice to come up with a way to bring them back up to the forefront before they are lost in blogging purgatory. Last week, I brought up an old review I did for the James Jeans Twiggy jean, to highlight the fact that it’s a great skinny jean for curvier shapes. My thought is, every now and then I’ll bring up another to show off new styles that are currently available in the featured style. They’ve all been awesome jeans, and I wouldn’t have had the chance to discover them if it weren’t for my reviewer stint at Denimology! So, why not give them a second time to shine?