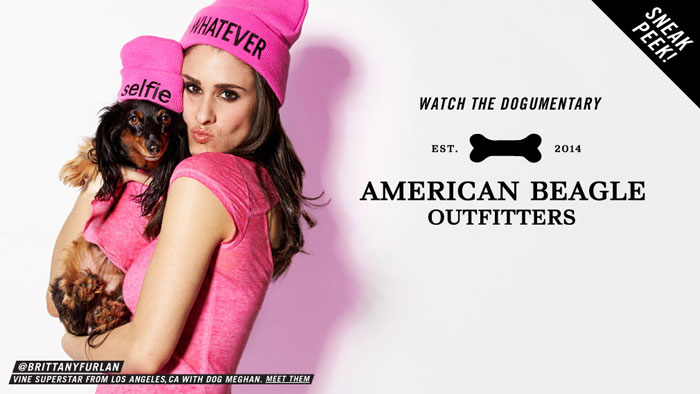 American Beagle Outfitters for the ASPCA

A little while ago I published a post about an French company who weaves your dog’s fur into your own custom sweater. Some might find it cute, some might find it unsettling…but either way, many of us can’t get over the insatiable desire to find new cute ways to connect with our canine companions. Some dog owners adore dressing their pups up in human-like apparel, and some would rather simply donate or volunteer for animal rescue groups in an urge to feel a deeper connection through charity. Why not find a way to do both? My favorite clothing retailer, American Eagle Outfitters, has started a new charity line of clothing made for dogs that matches some of their current lines for men and women of the human species…so you can dress LIKE your dog instead of…wearing…your dog…while supporting others in need of homes.

This new line which appears to be called American Beagle Outfitters isn’t quite yet released, but they’ve provided anticipating customers a fairly extensive sneak peek along with AEO gift cards adorned with pooches featuring the new line. Each of these gift card purchases and any purchase of a matching human clothing item will send $1 to the ASPCA to help rescue dogs in need.

While I don’t yet have a dog (I grew up with rats, parakeets, and horses), I’d imagine I’d go for it to help such a cause. I’m not totally one for decking out a dog with human-like clothing per se, but for a charity, sure! Check out some of the up-and-coming looks below. 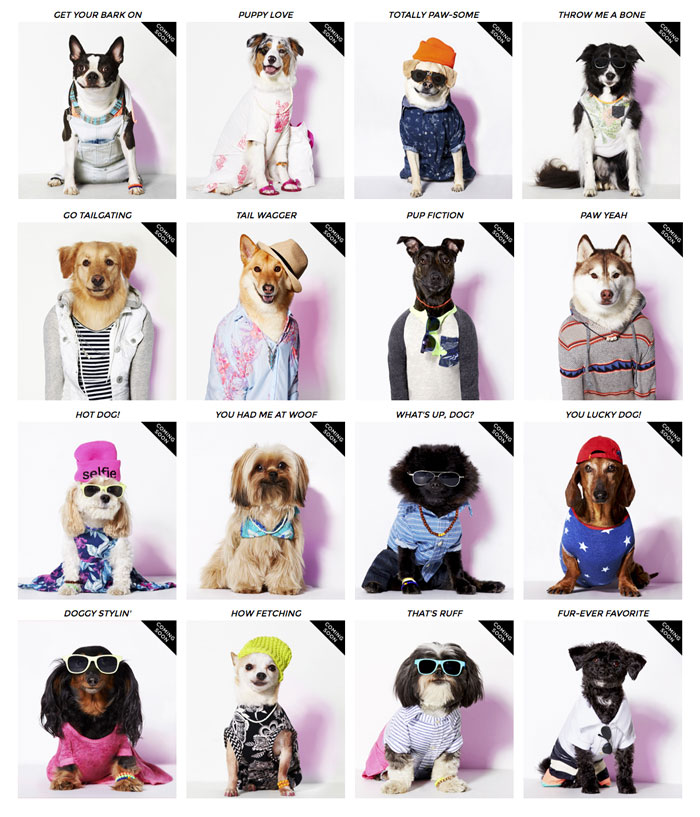 Although I can’t help but wonder…from a company that brought us the Skinny Skinny Jeans campaign during this time last year…is this another April Fools? I kind of hope not, considering the ASPCA is involved…hmm. I love you, AE, but charity should never be included in an April Fools joke if you ask me.

Edit: Okay apparently it STARTED as a prank, but “due to overwhelming response,” it’s going ahead. This should be interesting, but I’m down for anything for charity.

Gettin' it! Adding hand balances to my circuits al

Can't wait to jump back on top of this contraption

One of the fun things about heading to @grandsierr

Thank you @bigsur1997 for this rad video of us all

Girls night out with some favorites I had to postp

Love being a desert dweller 😎😛 Even though

Visiting my old camp @stellardustymoon on the firs