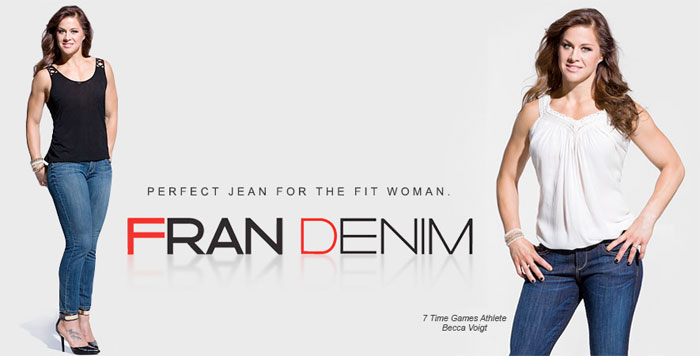 It’s super interesting nowadays to see one major factor that’s gaining an increasing influence on the denim and fashion industry in general: a higher demand for pieces that accommodate different body types and activities. Denim is already so amazingly versatile as it is, so it makes perfect sense for the industry and individual brands to be flexible to consumer demands for the sake of longevity…no two body types are alike and neither are lifestyles. I’m a pretty active individual, and very passionate about fitness, but I guess you could say I’m lucky that even though I have a fairly muscular shape, I don’t really struggle much with denim that fits. But I’m not a weightlifter either, and that seems to be where the void in well-fitting denim lies. There also has been an increased need for denim that can take the daily beatings and offer the right support for 24/7 active lifestyles, such as those who regularly commute by bicycle. Within the last few years, a few new denim brands have stepped forward to fill these voids: Barbell Denim started as a Kickstarter campaign last year and is making waves within the athletic female world (view my post from last year here), Levi’s@reg; released the Commuter Jean for cyclists and so Dish Jeans also released a pair for cycling commuters (post here). Two new brands have recently emerged to join the ranks and add a little competition: Fran, which is made for female bodybuilders, and Cadence, a men’s raw denim brand for urban bicyclists.

Fran denim specializes in denim made for the athletes who have difficulty purchasing jeans due to their athletic body types, specifically larger quads and calves. So far the brand has been successfully been focusing on the Crossfit market which has shown to be the largest demographic with the most pressing need. Most of these athletes usually purchase jeans 2-3 sizes larger to fit their more muscular builds, but Fran jeans are designed to fit true to sizeand are constructed larger in the thigh area. Fran focuses not only on the Crossfit community but also on many other athletic platforms such as weightlifting, gymnastics, swimming, you name it! Do you often have trouble finding jeans that fit because of your hard-earned, rock hard body? Then Fran might just be the brand for you! Fran has actually been around since 1997 but the void in athletic fits was brought forth when one of the founders began a Crossfit regimen in 2012 and became transfixed by the “intoxicating” passion the female Crossfit athletes posessed. Taking the new mantra “strong is the new sexy” to heart, Fran Denim experimented, experimented, and experimented some more with new fabrics, washes and details to expand into a special line to suppport the “unquenchable determination” of these rock hard ladies. Fran is essentially “a denim line made specifically for the woman who is redefining beautiful.” Check out their video below! 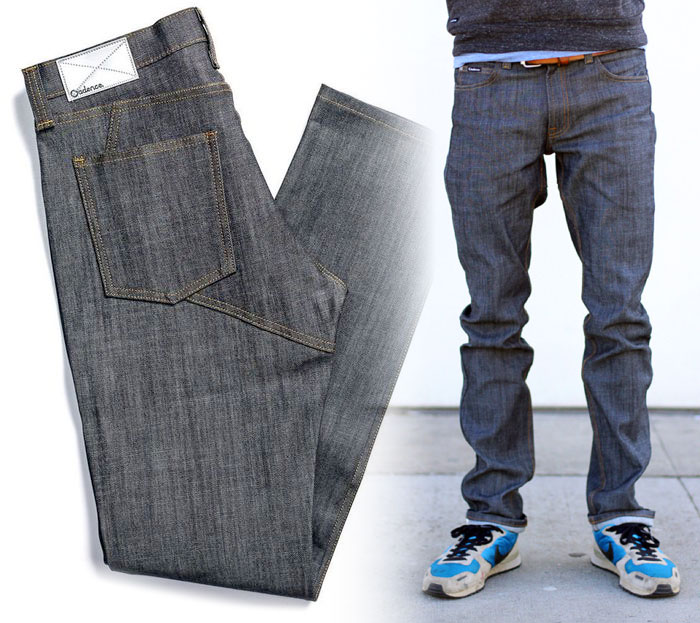 I don’t write a whole lot about men’s denim, but specialty brands definitely deserve a mention no matter which gender they cater to. I find it fascinating there are brands coming out to supply denim to avid cyclists! Cadence manufactures all sorts of cycling apparel, and label themselves the “originators of cycling denim”, which made me realize these guys were born in 2003! Cycling denim is definitely nothing new, thanks to Cadence! Dustin Klein is the designer behind the brand, which originates in San Francisco, home to one of the largest cycling communities in the United States. Cadence is well rehearsed in, and known within, the cycling culture and has become a bit of an icon. One of the best things I can see about their cycling denim is that it is all raw, which allows cyclists to end up with a pair of jeans that is all their own, as raw jeans break in beautifully based on the wearer’s lifestyle! These jeans are untreated but have a 2% Lycra™ blend to allow the flexibility needed to cycle comfortably. According to Billings Gazette, Cadence was born when Klein grew tired of his favorite jeans wearing out so quickly in high friction areas like the crotch and along legs where repetitive motion from bicycling on a regular basis wears through the fabric quickly. He experimented with patches, differently placed pockets and extra reinforcements until he found the perfect denim recipe. There is even a small reflective patch on the back for safety and the seat reinforcement is patented to slow blowout caused by constant riding. View the video below to learn more about Cadence!

Few things are as freaking cozy and fun as a new @

FINALLY found a bar and some plates...I am STOKED

Fun little dress up party last night with the one

Hey all! I'm stoked to say I will be joining the @

Enjoying my @tuyasuperbrew at home on such a perfe

Just a wandering soul. I miss my @underground_soul

Welp what would have been @lucidityfestival weeken

Staying cozy in @spirithoods during these strange

Staying in shape during quarantine...what are you