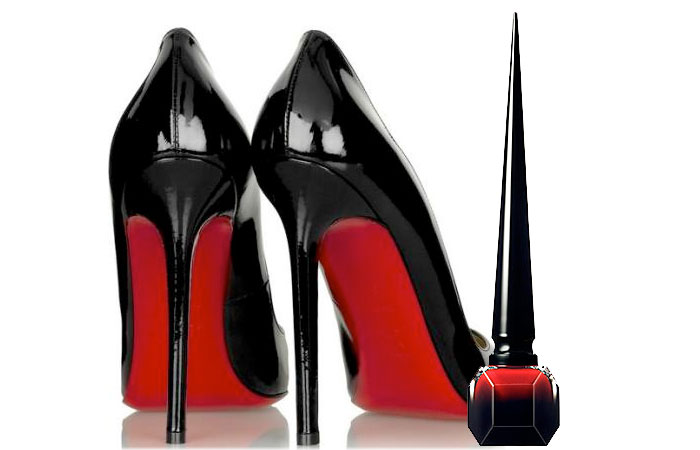 We are all familiar with the iconic red soles commonly seen sported on red carpets and other lavish celebrity affairs. Those flashy yet beautifully classic Louboutin heels became a closet staple, seemingly overnight. But do many of us know how it all began? About 20 years ago, designer Christian Louboutin took a bright red nail lacquer to a pair of black stilettos, and the rest is history. It was as simple as that, apparently. It blows my mind sometimes how huge such simple ideas often blow up to be. While many might scoff over the idea of spending a typical month’s rent worth on heels just for the sake of fitting in, others might simply enjoy owning a piece of fashion history, or splurging on an investment piece that will last through hundreds of outfits, wears and seasons, possibly to be passed down to someone else down the line (well, that might apply more to handbags, namely the famous Hermes Birkin)…I admit I don’t really give much of a crap about “fitting in,” but I do hope to own a pair of these beautiful heels in the future, just because…well they they are beautiful, and as someone with a passion for the style industry, I would love a pair just as much as someone might splurge on a Lamborghini, for example…what’s the difference, really? Neither of them are “necessary”…but they sure are a whole lot of fun. Funny, the classic red and black makes me think of the Fiat 500 Abarth commercial that came out not long ago…you gotta admit, there’s something sexy about those colors.

The red sole was born from red nail polish. I am giving back to beauty what the shoes took from the nails many years ago.” –Christian Louboutin

But, *le sigh*, who has a thousand big ones lying around to spend on a whim? Luckily for the fashion world, Christian Louboutin is making it a little easier to acquire that trademark flash of red…for our fingers, at least. Women’s Wear Daily reported that, coming August 6, the brand will release its own line of nail polishes, titled Rouge Louboutin, with the red being the first. The rest will follow on August 31st (Check out that WWD link also for photos of the rest of the line!). They will be available at the usual high-end department stores, as well as Sephora, who has an interactive page that tells the story behind it, and a product page already laid out, ready to go upon release! Also notable is the awesome packaging. The badass-looking polish bottle is styled after Louboutin’s sky high stilettos. Granted, these are $50 a pop, which I believe makes them the most expensive nail polishes out there, but is anyone surprised? As reported by Women’s Wear Daily, “The 16-faceted bottle, produced by Pochet, has its edges smoothed with a hand-held flame. Likewise, the little box container is also made by hand. Roggero said it takes 22 weeks to make each piece.” That’s Catherine Roggero, general manager of Christian Louboutin Beauté. But either way, I think I now know where I’m going to spend my $25 Sephora gift card I found floating around in my bedroom recently…I’m not usually a fan of red nail polish (unless it’s dark and gothy), but there’s something about that Louboutin red that is just so, so pretty!

From the @mr.ricks_bar bikini contest in 2016 with

New single and video from #julienk out on Friday!

Loving this shot of me taken by my dear friend @ma

Jäger girlin' it up last night in #downtownslo fo

One of my favorite shots I took at the @stabbingwe